Emetophobia:
The Fear of Vomiting

Emetophobia is a fear of vomiting. Most people don't know that this fear is common enough to have its own name. Yet vomit phobia can be a disabling condition which severely limits the lives of those who struggle with it.

Emetophobia occurs in men and women, children and adults. Some are afraid that they will vomit. Others are afraid of seeing others vomit. Most have trouble describing what they fear will happen if they vomit, or see others vomit, but vaguely fear some terrible loss of control, a catastrophe from which they won't recover. They fear insanity, death, endless vomiting, and so on. Most times they can recognize that these catastrophes aren't really going to result from vomiting. But when they feel that vomiting may occur, then they don't feel so sure.

The overwhelming majority have vomited in the past, since almost all of us have, with no lasting ill effects. Most have also seen others vomit. Yet the absence of any ill effects from past vomiting has generally not helped a person overcome the fear of vomiting. Instead, it usually leads people to try to avoid any possibility of vomiting, and they struggle to protect themselves against what they fear.

The Cycle of Emetophobia

A person with Emetophobia goes through a repetitive cycle that's quite similar to the cycle of Panic Disorder. First, something reminds her of vomiting. Maybe she hears that a coworker is home with the flu; gets an e-mail saying that a relative has begun chemotherapy; or sees a movie or TV show in which a character vomits. 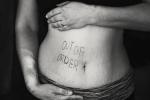 Then, a thought about vomiting quickly passes through his mind, consciously or unconsciously. Next thing you know, he's checking for physical sensations that he associates with vomiting. Maybe he notices how his stomach feels, or clears his throat to check for any possibility of gagging. You don't have to look too hard to find a sign of something you fear, and sooner or later he feels as though he has some symptom that suggests the possibility of vomiting.

Finally, she enters the vomit phobia phase. To protect herself, she might leave work early, or skip a meal. Maybe she avoids a trip to the bathroom, fearing that the sight of a toilet might induce vomiting. And so the cycle of fearful anticipation, looking for signs of trouble, and chronic avoidance that characterizes Panic Disorder plays itself out with Emetophobia as well.

If you think of vomit phobia as a special case of Panic Disorder, that would be a reasonably good description. The main difference is that, with fear of vomiting, people focus on sensations in their stomach and throat, along with thoughts of vomit, rather than sensations in their heart, chest, or head.

People with a chronic fear of vomiting often develop a lot of systematic avoidance in their effort to protect against vomiting. For example, they may avoid: contact with anyone who might be ill; foods they associate with vomiting; eating in restaurants; gagging and spitting; alcoholic beverages; and public toilets. Their efforts to protect themselves from vomiting lead them to avoid many otherwise ordinary parts of life, and can make them a prisoner of their fears.

Some people have had a fear of vomiting most of their lives, and managed to live with it until some life development makes the fear far less manageable for them. For instance, the birth of a child will bring with it the realization that sooner or later the child will vomit, and a fearful parent wonders how he/she will ever handle this. In a similar way, the need for a close friend or relative to undergo chemotherapy for cancer often ramps up the fear, because nausea and vomiting is a common side effect of chemotherapy.

Emetophobia can be successfully treated with exposure therapy. This treatment doesn't necessarily require that the individual actually vomit, but that he/she practice with situations, objects and activities which he fears might lead to vomiting, and which he's been avoiding. Common exposure exercises include: smells, videos and photographs of vomiting, spitting into a toilet, sitting in the back seat of a car, eating at buffet tables, spinning around to induce sensations of nausea, and so on. Simply reading this article, with its frequent use of the word "vomit", is an early step of exposure, because many people with Emetophobia try to avoid the word.

Vomiting is almost always quite unpleasant, and treatment does not seek to change that. Rather, the aim of treatment is to help people live their lives, and engage in activities that are important to them, without being restricted by an excessive fear of vomiting.

Back to Anxiety Disorders from Emetophobia
Back to Home Page