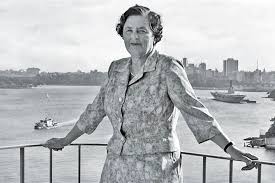 Claire Weekes was an Australian physician who achieved world renown for her ability to help people with anxiety disorders, and for her self help books on the subject.

A central theme of her method was to float through anxiety. What did Claire Weekes mean by that? Here's how I understand it.

How Do You Swim?

It's complicated. You have to coordinate the movement of your arms, legs, and head to propel yourself through the water. You also have to breathe without taking in large quantities of water. And you have to keep going in the right direction, even when water gets in your eyes.

If you're like most people, it took a lot of practice to learn to swim, because there are so many things you have to make happen, and so many techniques to master.

How Do You Float?

You don't really have to learn to float. A block of wood can float, and so can a person. What you might have to learn is how to not get in your own way, how to simply let floating happen.

The block of wood doesn't have to make it happen, it just floats, as long as it's in water. People will float too, if they just lay down on the water.

But people, unlike blocks of wood, often find it hard to let go and trust in their body's natural ability to float. Their mistrust and apprehension will lead them to "do things" to try and stay afloat.

That's not floating, that's sinking! To teach someone to float, you might have to give them a few instructions - lay back, lay your head on the water, lay your arms and legs out, lie still - but the most important part of the "technique" of floating is...do nothing, let go, and let time pass.

When anxious clients come to me for help in dealing with anxiety, they usually expect that I will offer them the swimming kind of help: lots of specific ways for coping with anxiety, and many techniques to keep them "afloat".

But what they really need is more the floating kind of help. They need to learn to let go, rather than to make something happen, or prevent something from happening. That's the surest path to anxiety relief.

What did Claire Weekes Mean by "Floating"?

First and foremost, she meant to convey the opposite of fighting. The way to regain a sense of calm is to go along with the sensations of anxiety and panic, rather than oppose them.

She described floating as "masterly inactivity", and said this meant:

to stop holding tensely onto yourself, trying to control your fear, trying 'to do something about it' while subjecting yourself to constant self-analysis.

That's a tough sell! Claire Weekes knew that, of course, and wrote:

The average person, tense with battling, has an innate aversion to ...letting go. He vaguely thinks that were he to do this, he would lose control over the last vestige of his will power and his house of cards would tumble.

Claire Weekes Knew it was a Trick

The aversion Claire Weekes referred to is the result of the Panic Trick. It's the idea that a person is just barely holding himself together, and that if he relaxes his grip even a little, he will fall apart. In fact, it's his struggling to keep a grip that maintains the anxiety!

What I like best about the notion of floating is that it avoids two common misunderstandings about overcoming anxiety. The first one is the idea that you have to struggle against anxiety, fight it, and overcome it. And the second, related to the first, is that you have to arm yourself with all kinds of techniques and objects in order to enter the fray and confront anxiety.

In reality, you'll make much better progress when you let yourself float through the anxiety, not striving to overcome anything, not struggling to employ techniques, but simply allowing the sensations to pass over time.

The best kind of help, in my opinion, is the floating kind. It's help that assists you to rediscover your own natural abilities to cope with whatever comes, rather than arming you against potential adversity.

Back to The Anxiety Trick from Claire Weekes